We breed and raise several litters of pigs throughout the year. We primarily raise Show pigs for kids to show for 4-H projects.

This year my youngest was able to “officially” show her first set of pigs. She chose a white cross barrow and a blue gilt. (Barrow = neutered male, gilt = young female)

This is her in a pen with several of the babies back in September. 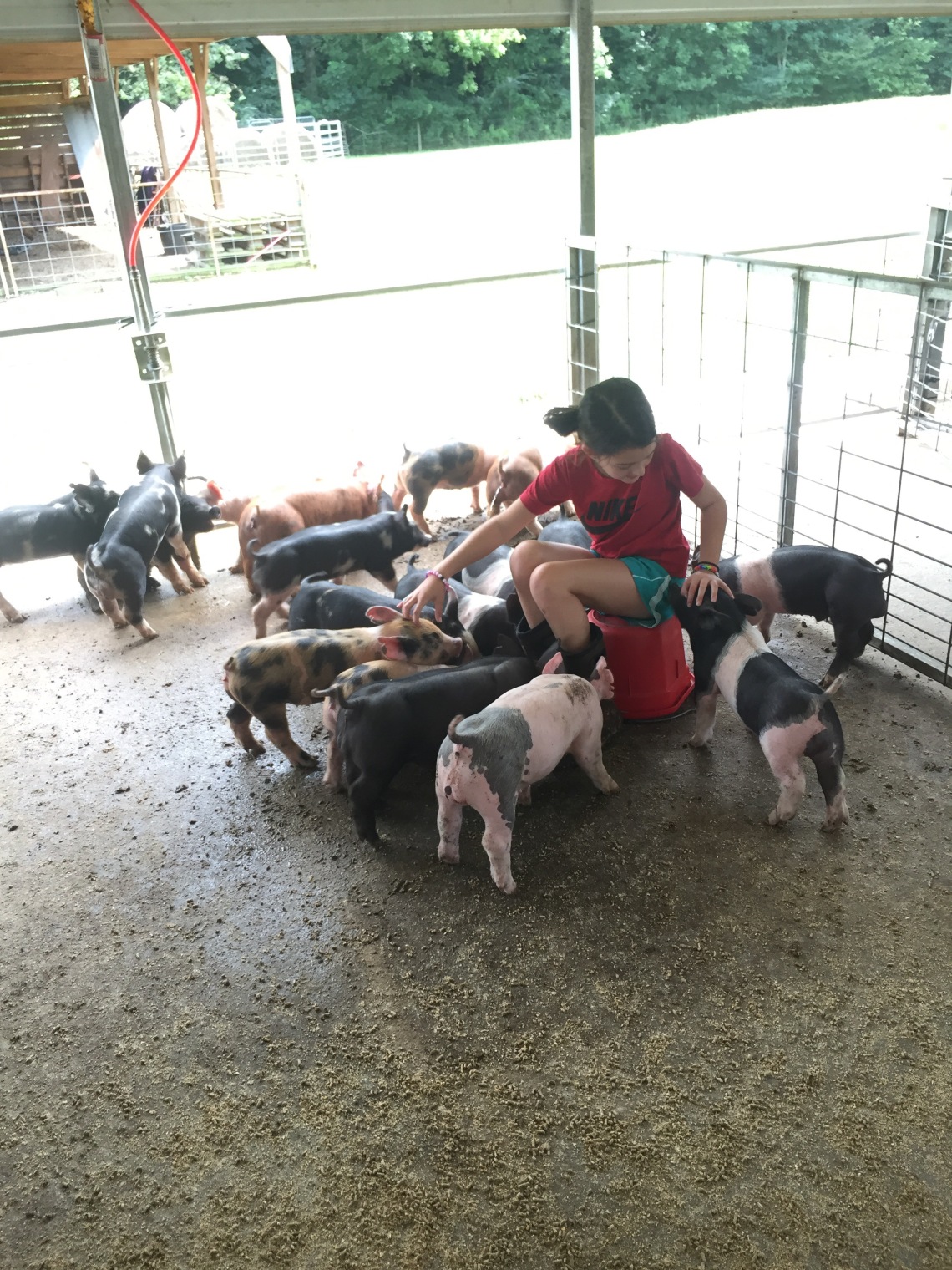 She walks, feeds, bathes, and cares for her project every day. She has recently completed her 2nd show, where she won her 9 year old showmanship class, won her barrow class, and placed 3rd with her gilt.

This is Aspen, her cross barrow.

They both get all dressed up for the show ring, but once back home, they both prefer the mud:

Pigs actually love mud for several reasons. They do not have sweat  glands, so mud cools them and acts as sunscreen to protect their skin. White pigs will sunburn easily.

Pigs are omnivorous, which means they eat anything and everything. Dirt provides them with iron and normal gut flora (think probiotics). Yes, they actually eat dirt.

So as clean as they look at the shows, our sweet pigs and our children play outside in the dirt at home. 😊

We will be off to the last show of the season in another week or so. Then it’s time for bacon and pork chops!!

View all posts by drvetsonya

This is a text widget, which allows you to add text or HTML to your sidebar. You can use them to display text, links, images, HTML, or a combination of these. Edit them in the Widget section of the Customizer.
Loading Comments...
%d bloggers like this: